The 1st Kharkiv International Legal Forum ‘Law and Problems of Sustainable Development in Globalized World’ was held on October 3–6, 2017

The event was organized by Kharkiv Regional State Administration, Yaroslav Mudryi National Law University and National Academy of Legal Sciences of Ukraine with the support of the United States Agency for International Development New Justice (USAID) and the OSCE Project Co-ordinator in Ukraine.

Vasyl Y. Tatsiy, Doctor of Law, professor, member of the National Academy of Legal Sciences of Ukraine, rector of Yaroslav Mudryi National Law University opened the International Legal Forum. “The processes of globalization occurring in the world cause great concern, due to the fact that along with certain advantages they also bring new threats, sometimes with unpredictable consequences for the future of mankind. Ecological problems, transnational terrorism, growth of corruption, spreading rapidly in many countries, issues of humanitarian law, etc., are impossible to be solved without jurists and legal experts.” – he said. – “We are expected to generate well-balanced, well-grounded and effective recommendations so as to implement them both in national legislation and in international legal practice as well”.

Chairperson of Kharkiv Regional State Administration Yuliya Svitlychna addressed the participants of the forum on behalf of the President of Ukraine Petro Poroshenko. “I am pleased to note that Kharkiv region has become the center of significant national and international events”, – the head of KRSA emphasized.

Greeting the participants with the opening of the Kharkiv International Law Forum Yuriy Lutsenko, Prosecutor General of Ukraine, noted that Kharkiv, as the legal capital of the country, deserved the right to host such a large-scale event. He and pointed out that at present the restoration of the notion of justice is the key issue in establishing Ukrainian state. “We are to combine the notion of “justice” and “fairness”, “justice” and “legitimacy”, – said the Prosecutor General, and stressed that perspective ways could be worked out by  Kharkiv forum.

Pavlo Petrenko, Minister of Justice of Ukraine, also greeted the participants. He expressed  the  hope that, considering current challenges, the forum would propose new mechanisms for prosecuting persons who violated international laws to make these ideas to be approved by the International Criminal Court. He also congratulated the participants of the forum on behalf of  Volodymyr Groysman,  Prime Minister of Ukraine.

Additionally, the participants of the event were greeted  by Sergiy Pyrozhkov, Vice-President of the National Academy of Sciences of Ukraine;  Pavlo Demchina,  First Deputy Head of the SBU – Chief of the SBU Main Directorate on Fight against Corruption and Organized Crime of the Central Department of the SBU; Vaidotas Verba, OSCE Project Coordinator in Ukraine; David Vaughn,  Chief of the USAID Program “New Justice” in Ukraine, and Algirdas Monkevičius, Assoc. Prof.,  Rctor of Mykolas Romeris University (Lithuania). 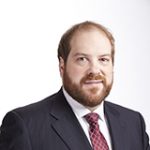 Dr Vincent-Joël Proulx is Assistant Professor at the National University of Singapore’s Faculty of Law, where he teaches and researches in the areas of public international law, international dispute settlement, and comparative law. Prior to joining NUS Law, he served a three-year term as Special Assistant to the President of the International Court of Justice […] 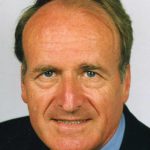 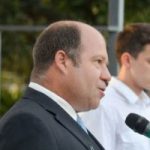 Nicolas Fleury – Deputy Head of the ICRC’s Delegation in Ukraine. He has worked in the international and governmental sectors for over 20 years. He has worked with the ICRC since 2001 in several contexts including Uzbekistan, Nagorny Karabagh, Russian Federation and Somalia. He holds a Master in international relations from the Graduate Institute of International Studies […]