The civilizational choice of Ukraine’s development was made when in 1993 the Resolution of the Verkhovna Rada of Ukraine “On the Basics of Internal and Foreign Policy” was adopted, where membership in the EU was listed as one of the key priorities of our state. Since then, many fateful acts were adopted that determined the country’s unchanging course towards European integration. The Ukrainian people strongly supported this vector in 2014. The main achievement in relations between Ukraine and the EU was the entry into force of the Association Agreement of 2014, which became a signpost for large-scale political and legal reforms in Ukraine on the way to EU membership and laid the legal foundations for the further approximation of legislation to the EU acquis. The work was aimed at ensuring that Ukraine has stable institutions guaranteeing democracy, the rule of law, human rights and respect for and protection of minorities, a functioning market economy and the capacity to cope with competition and market forces in the EU, the ability to take on and implement effectively the obligations of membership, including adherence to the aims of political, economic and monetary union.

The unanimous support of international partners in response to the brutal violation of the basic principles of international law as a result of the full-scale aggression of the Russian Federation against Ukraine testified that our country undoubtedly is a part of a large European family. Ukrainians are ready to defend European values ​​at the cost of their own lives. It was logical, albeit under tragic circumstances, for Ukraine to receive the status of a candidate state for joining the European Union. Such lightning-quick obtaining of this status became possible thanks to the titanic work of the Ukrainian state apparatus, aimed at the proper fulfillment of obligations under the Association Agreement, and hundreds of consultations with representatives of the European Commission, as well as other international partners.

Despite receiving EU candidate status, our country still has a lot of work ahead of it, which it must perform “perfectly”. The first review of progress on the implementation of the Copenhagen criteria by the European Commission will take place in December 2022 and the further rapprochement program will depend on it.

In this context, the panel discussion should become an open platform for a professional discussion of the Euro integrational path and the future development strategy of Ukraine, which will lead it to EU membership.

The thematic design of the panel discussion allows attracting experts and representatives of state bodies of Ukraine, on the one hand, and representatives and experts of EU Member States, on the other hand. Such synergy will help answer the questions facing the Ukrainian public and private sectors to successfully fulfill the EU membership criteria.

The panel discussion aims to highlight the following issues:

• Peculiarities of the processes of European integration of Ukraine in the conditions of a full-scale war with the Russian Federation, etc.

14.00 - 17.00
Online
Registration of participants for the event in Zoom format
Free
book now

Prof. Adam Lazowski (University of Westminster) is one of the leading academics and experts specialising in the EU enlargements, past and future and, more generally, in EU external relations. He has extensively written about the previous enlargement rounds, including a commentary on the Bulgarian and Romanian Accession Treaty and a commentary on the Croatian Accession […] 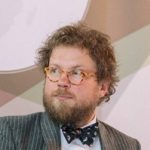 Dr Dimitry Kochenov (CEU, Democarcy Institute). Research focus: Principles of law, especially the Rule of Law; Comparative and European citizenship and personhood in law from quantitative and qualitative perspective; equality and non-discrimination; federalism. His academic work includes 3 monographs; 13 edited volumes of which 5 with Cambridge University Press, 2 with Hart Publishing and 1 […] 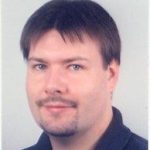 Łukasz Grzejdziak (University of Łódź), PhD is an Assistant Professor at the Faculty of Law and Administration and an Associated Member, close academic collaborator and Coordinator of the State Aid Law area at the Centre for Antitrust and Regulatory Studies, University of Warsaw. His area of expertise is Polish, EU, US and comparative competition law […] 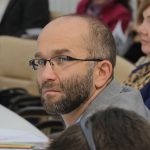 Key expert on EU legal approximation, EU-funded Project Association4U – “Support for the Implementation of the EU-Ukraine Association Agreement Phase II”. Since 2016 supporting CMU and VRU in the approximation of Ukrainian legislation to the EU law. Earlier, for 17 years expert, deputy director and director of the EU Law Department at the “European Secretariat” […] 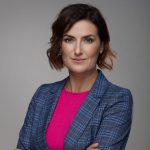 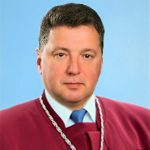 Viktor Horodovenko, Judge of the Constitutional Court of Ukraine, distinguished Lawyer of Ukraine, Doctor of Legal Sciences, Professor, winner of Yaroslav Mudryi Award. Mr. Horodovenko is a Representative of Ukraine to the Consultative Council of the European Judges at the Committee of Ministers of the Council of Europe. Author of more than 60 publications on judicial […] 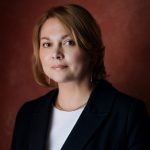 Prof. Kseniia Smyrnova (Vice-Rector for Education (International Affairs) of Taras Shevchenko National University of Kyiv) is the leading Ukrainian researcher in the sphere of EU Law. The sphere of her scientific interests is the Europeanisation of the Ukrainian legal system.  Professor Smyrnova participated in research and academic programs in the EU (Germany, France, Poland) and […] 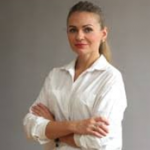 Prof. Tetyana Komarova, Dr. hab., professor of the Department of EU Law in Yaroslav Mudryi National Law University. Prof. Komarova for a long time explores judicial law of the European Union. She has more than 150 scientific publications in the field of the EU Law including monographs and books dedicated to the Court of Justice […] 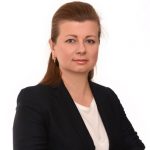 Prof. Tetiana Anakina, Associate Professor of the EU Law Department at Yaroslav Mudryi National Law University, PhD. Prof. Anakina has practical experience with EU projects and legal assistance of the governmental institutions of Ukraine. From 2015 to 2019 she was an adviser to the Regional Branch of the Secretariat-General of the European Commissioner for Human […]