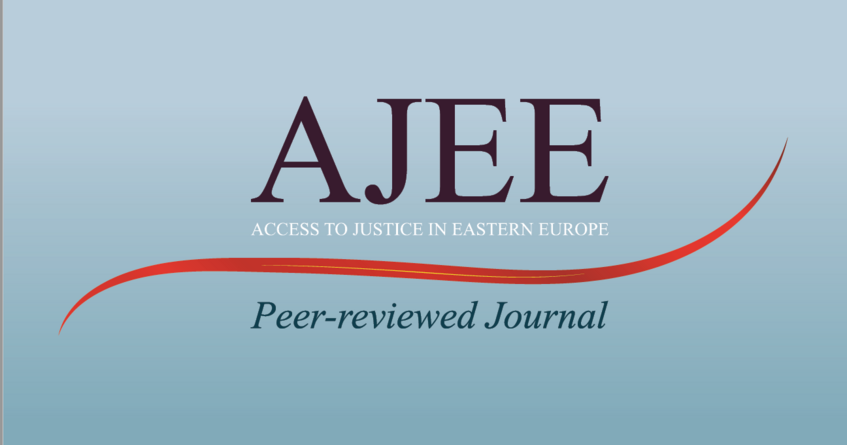 International standards of access to justice and fair trial are important in the context of the crisis caused by the ongoing war in Ukraine, especially taking into account international obligations under para 1 art 6 of the European Convention on Human Rights and an obtained status of the Candidate Country to the EU. The situation now is extremely hard for the Ukrainian judicial system, which faces different challenges, such as: changing the territorial jurisdiction and displacing of the courts and judges; transferring the cases from one court to another; reconsidering the right to be heard in the view of internally displaced persons’ inability to attend hearings; practical obstacles to gain the legal aid; the need to adhere to the reasonable time requirement and to develop methods for accelerating of the proceedings; providing access to public registers, especially to the State Register of Court Judgments and the case-law of the Supreme Court; difficulties arising in conducting a trial in different categories of the cases (adoption cases, jury trials, cases connected with the incapability of the person and custody etc.); emergence of the new categories of cases, connected with the war aggression, and the immunity of Russian Federation etc. The discussion panel, organized by the Yaroslav Mudryi National Law University in partnership with the “Access to Justice in Eastern Europe”, is aimed to create a platform for fruitful professional discussion of practical challenges for civil justice during the war and further development of civil justice in terms of international standards of due process, taking into account the need for further adaptation of Ukrainian legislation to EU legislation.

Access to Justice in Eastern Europe (AJEE) is Ukrainian Open Access peer reviewed journal recognized and indexed by the well-known databases and directories. AJEE is indexed in Web of Science Core Collection, Emerging Source Citation Index. AJEE has been indexed in Scopus Elsevier since 2021. AJEE is also listed in the Directory of Open Access Journals (DOAJ), ERIH Plus, UlrichWeb, HeinOnline.

The war in Ukraine has become an event of worldwide relevance: the effects of this war will be borne by future generations of Europeans who are suffering now because of it. Millions of Ukrainians moved to the EU member states and abroad, leaving their homes and property. Many individuals have become victims of war crimes. All this should be the basis for rethinking access to justice as a concept, as well as our system of preventing such a conflict in the future. With this in mind, in AJEE, gateways were created for regular publications from scholarly societies, institutions, and science communities, as well as for individuals who are studying relevant issues. Published materials within this remit are collected through related research outputs, enabling thematic research, conference proceedings, and community projects. As such, we would like to announce the AJEE Gateway “Access to Justice Amid War“, managed by Dr. Oksana Uhrynovska and Prof. Yurii Prytyka, who are the main editors. This gateway gives authors and readers a wide range of materials and current results for further research, including Notes from the Field, Reports, Interim Results of Data Collection and Generalizing, and, of course, Reform Forum Notes, related to the war in Ukraine.

We greatly welcome contributions related to justice reforms during war and for post-war development.

10.00 - 15.00
Online
Registration of participants for the event in Zoom format
Free
book now 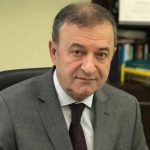 Professor of the Department of Civil Justice and Advocacy, Academician of the National Academy of Legal Sciences of Ukraine, Honored Lawyer of Ukraine, the first President of the Association of Ukrainian Law Schools. Prof. Komarov is the author of more than 150 scientific works, the main areas of his scientific research are theoretical problems of […] 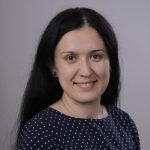 Doctor of Science (Law), Associate Professor of the Department of Civil Justice and Advocacy of the Yaroslav Mudryi National Law University, Director of the Center for Mediation and Alternative Dispute Resolution. Qualified lawyer specializing in civil procedure and ADR, who has scientific and practical experience, including advocacy and mediation practice. An author of many publications, […]

Topic of speech: ''Right to a Fair Trial in Ukraine: Challenges of the War Time'' Topic of speech: ''On the way to sustainable justice in civil cases'' 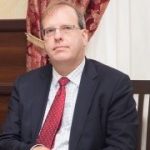 Chair of European Legal History and Comparative Civil Procedure, MaastrichtUniversity, Faculty of Law. Director of the programme “Foundations and Principles of Civil Procedure inEurope” of the Ius Commune Research School. Coordinator of a Research Project on Access to the Superior Courts of Law inChina and Europe, sponsored by the China-EU School of Law (2013-2015). Coordinator […] Associate Professor of Comparative Civil Procedure of University of Pavia School of Law, Pavia, Italy, Professor of Advanced Legal English. Member of the ELI-Unidroit Working Group on the preparation of the Model European Rules of Civil Procedure. Co-author of the Regional report from Continental Western Europefor the First International Colloquium on the Law of Civil […] 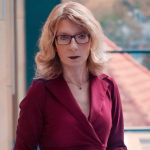 Joanna Mucha is a Doctor Habilit. and a Full Professor at the Civil Proceedings Department of the Law Faculty and Administration of the University of Adam Mickiewicz in Poznań and a head of Postgraduate Study in Restructuring and Bankruptcy Law at AMU. Prof. Mucha serves as a head of Mediation Support Center at the Faculty […]

Topic of speech: ''Children in mediation: best practice and the survey research in Poland'' 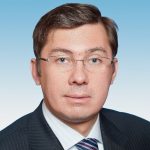 Doctor of Science (Law), Head of the Civil procedure Department of the Educational and Scientific Institute of Law of Taras Shevchenko National University of Kyiv, Professor, Honored Lawyer of Ukraine. Arbitrator and Member of the Presidium of the International Commercial Arbitration Court at the Chamber of Commerce and Industry of Ukraine. Professor Prytyka is a […]

Topic of speech: ''Functioning of International Commercial Arbitration in Ukraine in times of war'' Doctor of Sciences (Law), Professor of the department, Head of the Department of Notarial, Enforcement Procedure and Advocacy, Prosecutor’s Office, Judicial System of the Educational and Scientific Institute of Law of Taras Shevchenko National University of Kyiv. Prof. Khotynska-Nor is a member of the Commission on Legal Reform under the President of Ukraine and a […]

Topic of speech: ''Organization of the work of courts in time of war'' 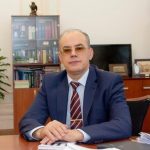 The Secretary of the Plenum of the Supreme Court, Honored Lawyer of Ukraine, PhD in Law, Associate Professor.

Topic of speech: ''Civil procedure in times of war'' 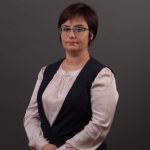 Judge of the Civil Cassation Court in structure of the Supreme Court, PhD in Law, Associate Professor.

Topic of speech: ''Digitalization of civil procedure and ensuring the right of access to justice in times of war'' 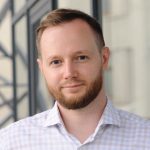 PhD in Law, associate professor at the Department of Civil Law No.1, Yaroslav Mudryi National Law University, co-director of Joint Master Degree Program “European and International Business Law”. Author of more than 80 scientific publications, amongst which monographs, commentaries to the Civil Code of Ukraine and articles in Ukrainian and foreign law journals. Area of […]

Topic of speech: ''Access to court and jurisdictional immunity of the state amid Russia-Ukraine war'' 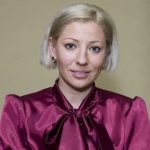 Associate Professor of the Department of Civil Law and Procedure of Lviv University, Candidate of Legal Sciences. An author of more than 50 works, including the Scientific and Practical Commentary on the Civil Procedure Code (K., 2006; X., 2010; co-authored); Proceedings in cases arising from public legal relations (Lviv, 2004; co-authored); Court proceedings in cases […]

Topic of speech: ''Establishing legal facts in civil procedure: a challenge in the conditions of military aggression against Ukraine''

Doctor of Science (Law), Associate Professor of the Department of Civil Justice and Advocacy of the Yaroslav Mudryi National Law University, Director of the Center for Mediation and Alternative Dispute Resolution. Qualified lawyer specializing in civil procedure and ADR, who has scientific and practical experience, including advocacy and mediation practice. An author of many publications, […]