Protection of War Victims in Ukraine

The Leibniz Institute for East and Southeast European Studies (IOS)

Russia’s full-scale invasion of Ukraine became the biggest attack in Europe since World War II. Over the past six months, more than 13,000 civilians have been killed or wounded. This is more than in the eight years of the armed conflict with Russian militaries and proxies in Crimea and Eastern Ukraine when around 11,000 people were affected. This is the data we know at the moment; the number will increase significantly after the de-occupation of the territories controlled by Russia now.

The amount of people who became victims of Russian aggression is much larger. It brought the suffering of millions of people: hundreds thousands of civilians were forcedly deported to Russian territory, almost every city of Ukraine was bombed, the whole cities were wiped off the earth, and multi-story residential areas, which were the houses of hundreds of thousands of people, were significantly destroyed, hospitals, cultural property, schools, administrative facilities, water stations and electrical systems have been ruined, millions of Ukrainians became IDPs and refugees.

Victims’ participation in all the processes of discussing and creating the reparative instruments and mechanisms is more than essential now. There should be no policy “for victims without victims”. Thus, a question which needs to be answered now – is how to apply the victim-centred approach to state policy in the most productive way.

Among the victims are the most vulnerable groups – women and children, whose amount continues to grow. There is a lack of proper state policy aimed at their protection. Thus, the adequate, comprehensive, victim-inclusive reparations programme is ever more urgent now.

Civil society organisations are important partners for national authorities and international accountability mechanisms. Nevertheless, they should seek to prevent or minimise any unintended adverse effects of their documentation activities. The presence of multiple civil society organisations and stakeholders in the same accountability sector using different standards and tools gives rise to the risk of over-documentation, increases the risk of re-traumatisation of victims and can compromise the quality of evidence available for accountability purposes. Thus, NGOs, media and human rights activists need to be familiar with particular guidelines to ensure the safety and well-being of persons providing information, especially victims of international crimes.

By creating this Panel discussion – “Protection of War Victims in Ukraine,” we try to find the answers to the following issues:

9.30
Online
Registration of participants for the event in Zoom format
Free
book now 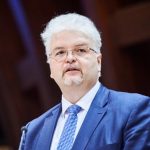 Topic of speech: ''Protection and Redress to Victims of War Through International Law of Armed Conflict and Human Rights Law in the Context of Russia's War Against Ukraine'' 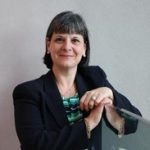 Topic of speech: ''Securing the Rights of Victims Before the ICC'' 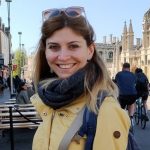 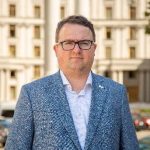 Topic of speech: ''The Road to Establishment of the Special Tribunal for the Crime of Aggression against Ukraine'' 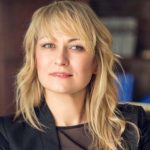 Topic of speech: ''Gordian Knot of Approaches to Define the Victim of Armed Conflict and Redress: Cut or Untie?'' 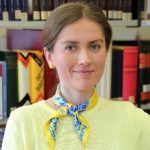 Topic of speech: ''The Dynamics of Conflict-Related Sexual Violence in the Russia-Ukraine Armed Conflict and Survivors' Preferences for Reparations'' 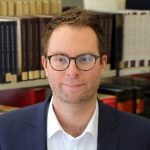 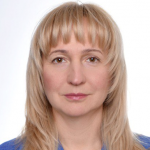 PhD, Associate Professor of the Department of Comparative and European Law of the Institute of International Relations of Taras Shevchenko National University of Kyiv, expert of the Council of Europe Projects “Internal Displacement in Ukraine: Development of Durable Solutions. Phase II” and “Development of social human rights as a key factor of sustainable democracy in […]

Topic of speech: ''The Case-law of the European Court of Human Rights Regarding Compensation for Damage Person’s Life and Health During Armed Conflicts'' 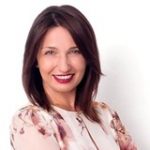