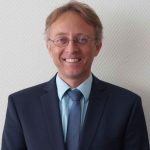 Prof. Dr. Dr. h.c., Thomas Kruessmann LL.M. (King’s College) is co-ordinator of the Erasmus+ Capacity Building in Higher Education Project “Modernisation of master programmes for future judges, prosecutors, investigators with respect to European standard on human rights” for Ukraine and Belarus with the University of Graz. As President of the Association of European Studies for the Caucasus, he devotes himself to European Studies in the wider Caucasus region, including by acting as series editor of the book series “European Studies in the Caucasus”. Prof. Kruessmann is a German-qualified lawyer with extensive legal practice in one of Vienna’s leading law firms. He is founding director of the Russian, East European & Eurasian Studies Centre at the University of Graz (2010-2015) and Visiting Professor at Kazan Federal University (2015-16). Beyond the Caucasus, his research interests extend to issues of comparative, European and international criminal law, gender and the law as well as corruption and compliance. He is chair of the Supervisory Board of Higher School of Jurisprudence / Higher School of Economics in Moscow and maintains close relations with a number of leading universities in Russia, Ukraine and Central Asia.