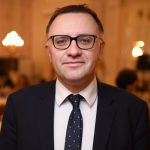 Head of Division at the Department for the Execution of Judgments of the European Court of Human Rights (ECtHR), Directorate General of Human Rights and the Rule of Law of the Council of Europe (CoE). He started his career at the Council in 2002 as a lawyer at the Registry of the ECtHR, then a non-judicial rapporteur in 2011-2016. He worked as a co-secretary to the Council of Europe mediators, by appointment of the Secretary General of the Council of Europe. Before that he practiced law in Ukraine as an advocate and worked in public service at the Supreme Court of Ukraine. He is a graduate of the Law Faculty of Kyiv Taras Shevchenko National University (BA and MA in Laws), the Nottingham University School of Law (LLM in International Law), Rene Cassin International Institute of Human Rights (Diploma) and the Queens Mary College University of London (Postgraduate Diploma in International Arbitration). He has a PhD in criminal justice and is pursuing doctoral research on successful dispute settlement in international law with the Max Planck Institute of European and International Procedural Law in Luxembourg. He acted as a Council of Europe expert for the Pompidou Group – Cooperation Group to Combat Drug Abuse and Illicit Trafficking in Drugs, the Council of Europe projects on IDPs, Criminal Justice and Judicial Reform as well as Media Freedom and Safety of Journalists. He is an author of series of human rights and international law publications in Ukrainian, Russian and English.