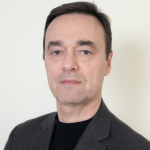 As a Lithuanian national expert, he took part in more than 10 international scientific projects. As a short-term senior expert, he participated in the EU projects “Support to the Government of Moldova in the field of anti-corruption, reform of Ministry of Internal Affairs, including police and personal data protection” (2011-2013), “Support to Justice Sector Reforms in Ukraine” (2015-2017) and  „Support to Justice Sector Reforms in Ukraine-PRAVO-Justice“ (from 2018).

Švedas was Vice-Minister of Justice of Lithuania (1993-2006), Agent of the Government of the Republic of Lithuania to the European Court of Human Rights (1995-2003), Member of the Management Board of Fundamental Rights Agency (2007-2010), Public Adviser to the Minister of Justice in the fields of criminal law, enforcement of punichments, implementation of the EU law (2012-2016), etc.

Švedas is an author (co-author) of 9 monographs, 88 scientific articles, 22 manuals, textbooks and educational works, 11 compendiums. He also was involved in preparation of, among others, the Criminal Code, Code of Punishment Enforcement and Code of Criminal Procedure of Lithuania.