Business and human rights in the Central and Eastern Europe

The Program could be downloaded

The main mission of the Kharkiv BHR in CEE Forum is to promote the Business and Human Rights agenda in the Central and Eastern Europe region (CEE), to integrate business, academia and experts communities from the CEE countries to the broader dialogue on BHR issues, to raise awareness and build capacity of the business, civil society organizations, state bodies and academia on UN framework on BHR,  to create the platforms to exchange developments and good practices on BHR for the different groups of stakeholders – governmental bodies, businesses associations, CSOs, academia, to ensure communication and exchange with other regions to draw from the best examples, practices around the world, and ways to address the key challenges on UN Guiding Principles on Business and Human Rights implementation etc.

Background. In the countries of Central and Eastern Europe, the level of UNGPs implementation remains extremely low. There are only a few positive examples in the region of the adoption of National Action Plans on Business and Human Rights (Lithuania, Czech Republic, Poland, Slovenia, Georgia). But the implementations of such NAPs are not stories of the success yet.

The countries of the region have the socialist past. Many of them were the part of the Soviet Union for a long time, others bordered with it to be ruled under the Soviet regime or influenced by it in political and economic ways very much.

Despite the quite different historical background, one face a very similar situation regarding corporate responsibility to respect human rights in the CEE region.

In turn, we make the assumption that the low level of corporate respect for human rights is due to the following factors, which are also common for countries in the region, although in different degrees:

Chair of the Working group on Business and Human rights Ms. Ramasastry is the Roland L. Hjorth Professor of Law and the Director of the Graduate Program in Sustainable International Development at the University of Washington School Of Law. She researches and teaches in the fields of law and development, anti-corruption, international commercial law and […] 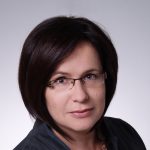 Co-founder and President of the Board of the Polish Institute for Human Rights and Business. Leading Polish expert specialized in Human Rights & Business and Corporate Social Responsibility with over 15 years of professional experience and experience of working in public, private and NGO sectors in various countries, including: Ministry of Justice (Poland), Ministry of […] 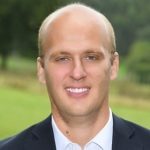 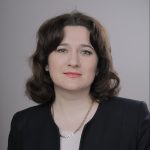 Candidate of legal sciences (2004), associate professor on the Department of Theory and Philosophy of Law, National Law University named after Yaroslav the wise (from 2008), managing national implementation of the Council of Europe Projects “Strengthening Human Rights Protection of IDPs in Ukraine” (2016-2018), project manager of “Internal Displacement in Ukraine: Building Solutions” (from April […] 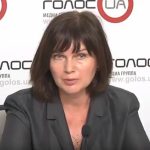 Representative of Ukrainian Parliament Commissioner for Human Rights in issues related to adhering to social-economic and humanitarian rights. 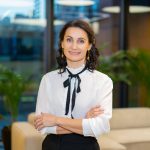 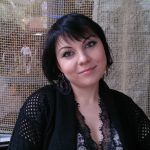 Head of the Legal Policy Research Center (Almaty, Kazakhstan), Think Tank specializing in responsible business conduct, the rule of law, transparency and accountability, human rights and security issues. Ms. Zinovich is the expert on responsible business standards and corporate social responsibility (CSR) with 15 years of experience in the non-governmental sector of Kazakhstan. She was […]

Thank you for registering to attend the ІV Kharkiv International Legal Forum.